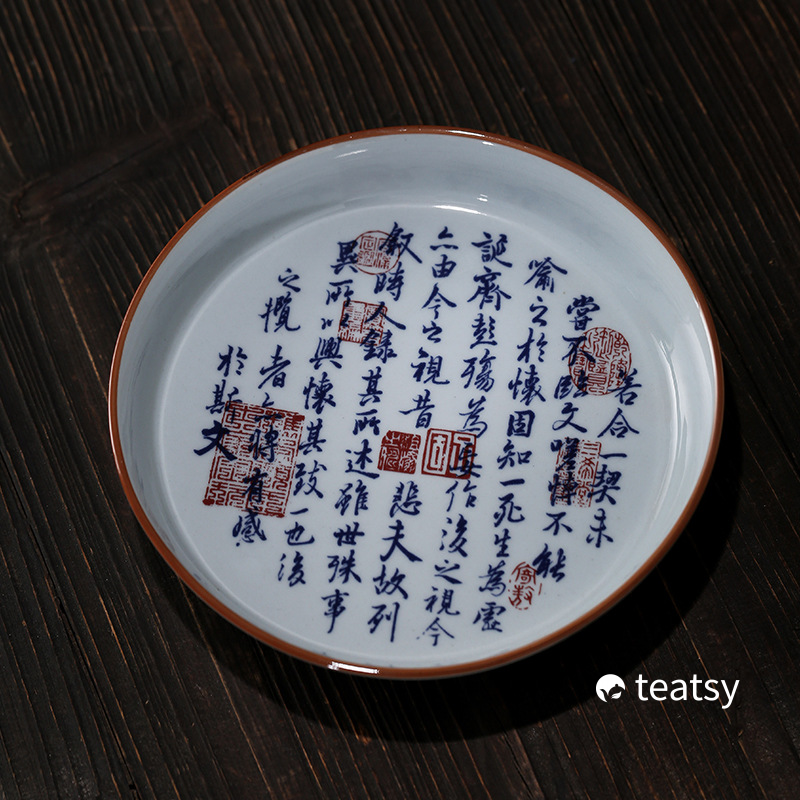 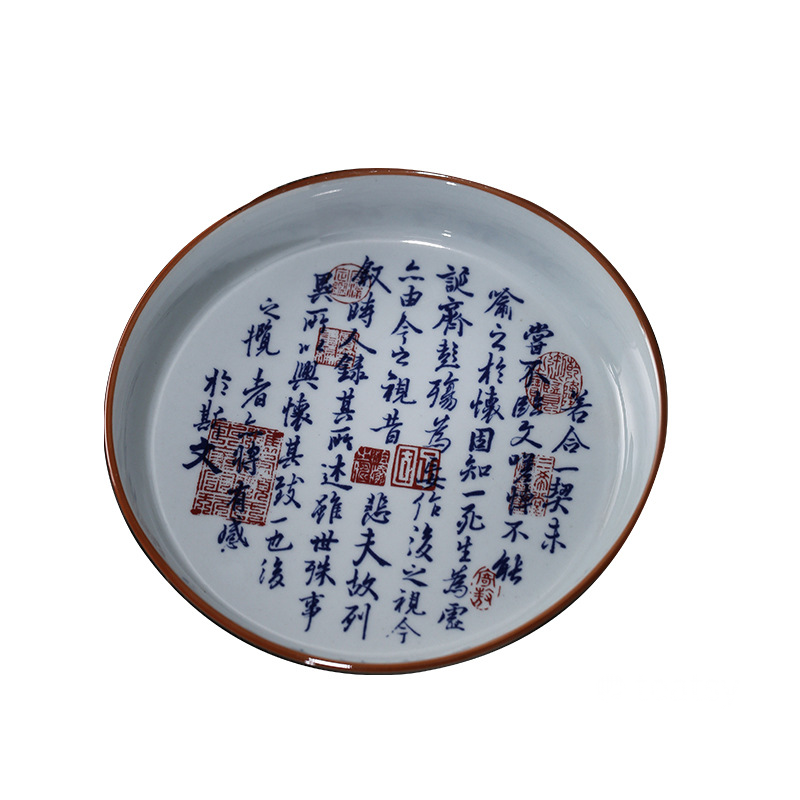 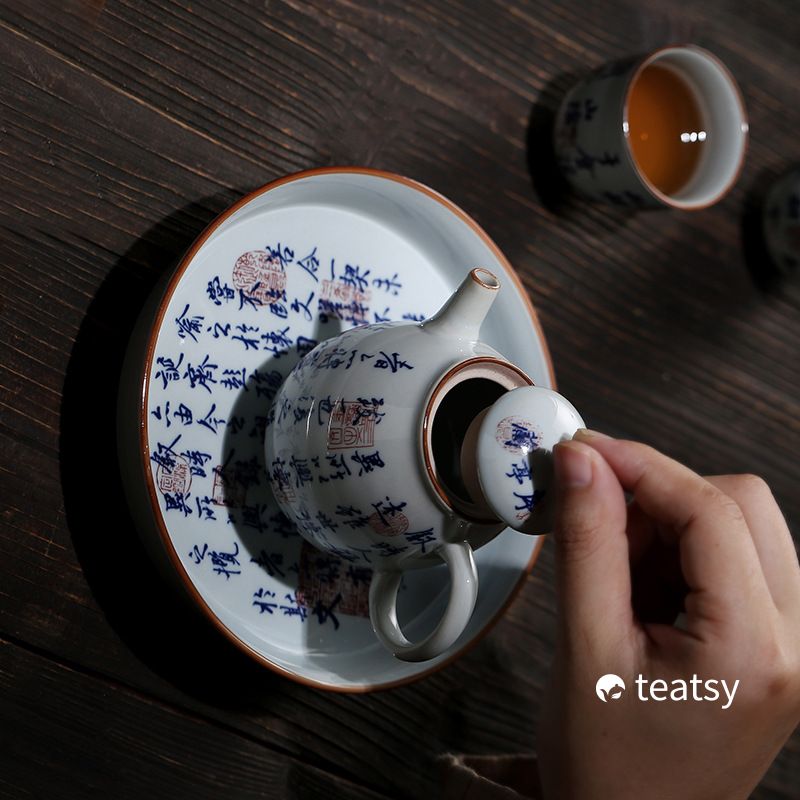 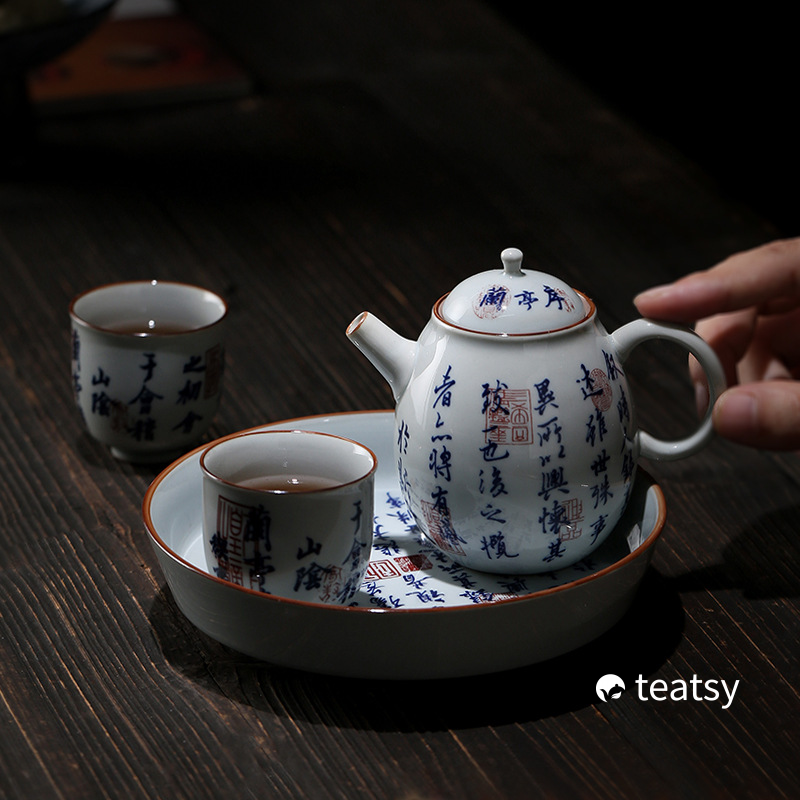 Lantingji Xu  (traditional Chinese: 蘭亭集序; simplified Chinese: 兰亭集序; pinyin: Lántíngjí Xù; lit. 'Preface to the Poems Collected from the Orchid Pavilion') or Lanting Xu ("Orchid Pavilion Preface"), is a piece of Chinese calligraphy, generally considered to have been written by one of the most famous Chinese calligraphers, Wang Xizhi (303 - 361) from the East Jin dynasty (317 - 420), when Emperor Yonghe celebrated a Spring Purification Ceremony in 353 CE at Lanting, Kuaiji Prefecture (today's Shaoxing, Zhejiang Province, where Wang was appointed as the governor at the time). During the event, twenty-six literati composed thirty-seven poems in total and the Lantingji Xu, as a preface to the collection, was produced on the spot by Wang. Forty-two literati gathered along the banks of a coursing stream and engaged in a drinking contest: cups of wine were floated upstream, and whenever a cup stopped in front of a guest, he had to compose a poem or otherwise drink the wine. Original copies of the preface are lost, but multiple copies with ink on paper or stone inscriptions still remain.

It is not only the aesthetic form of the manuscript that is highly regarded but also the transcendent sentiments expressed in the preface about life and death that make it a timeless classic. The preface begins by describing the pleasant surroundings and the joyous ceremony but progresses to reveal melancholy feelings towards how the pleasures brought by the vast universe would soon fade into remembrance. Despite the world and circumstances he lived in at that time, Wang believed that the same emotion would be shared by his ancestors as well as by his future generations. Wang's ideology is described by academics who study him as a fusion of Confucianism, Buddhism, and Taoism.

The body of this teapot is adorned with the full text of Lantingji Xu in its original calligraphy pattern, which makes this teapot an elegant and sophisticated work of art.

永和九年，歲在癸丑，暮春之初，In the ninth year of Yonghe, at the beginning of the late spring,

會于會稽山陰之蘭亭，修禊事也。we have gathered at the Orchid Pavilion in the North of Kuaiji Mountain for the purification ritual.

All the literati, the young and the old, have congregated.

又有清流激湍，映帶左右。as well as a limpid flowing stream reflecting the surrounding.

雖無絲竹管絃之盛，Although short of the company of music,

一觴一詠，亦足以暢敘幽情。the wine and poems are sufficient for us to exchange our feelings.

是日也，天朗氣清，惠風和暢。As for this day, the sky is clear and the air is fresh; the mild breeze greets us.

仰觀宇宙之大，I look up at the immense universe.

俯察品類之盛；I look down at myriad works [of poetry].

所以遊目騁懷，足以極視聽之娛，信可樂也。As our eyes wander, so do our minds too. Indeed, it is a pure delight for all our senses.

夫人之相與，俯仰一世，Acquaintance will quickly span a lifetime.

或因寄所託，放浪形骸之外。others may indulge into diverse interests and pursuits.

雖趣舍萬殊，靜躁不同；The choices are plenty and our temperaments vary.

當其欣於所遇，暫得於己，怏然自足，We enjoy the momentary satisfactions when pleasures regale us,

不知老之將至。but we hardly realize how fast we will grow old.

及其所之既倦，情隨事遷，感慨係之矣。When we become tired of our desires and the circumstances change, grief will arise.

向之所欣，俛仰之間，已為陳跡，What previously gratified us will be in the past,

猶不能不以之興懷；we cannot help but to mourn.

況修短隨化，終期於盡。Whether life is long or short, there is always an end.

每覽昔人興感之由，若合一契；Reading the past compositions, I can recognize the same melancholy from the ancients.

未嘗不臨文嗟悼，不能喻之於懷。I can only lament before their words without being able to verbalize my feelings.

固知一死生為虛誕，It is absurd to equate life and death,

齊彭殤為妄作。and it is equally foolish to think that longevity is the same as the short-lived.

後之視今，The future generations will look upon us,

故列敘時人，錄其所述；Hence, we record the people presented here today and their works;

雖世殊事異，Even though time and circumstances will be different,

後之覽者，亦將有感於斯文。The future readers shall also empathize the same by reading this poems collection. 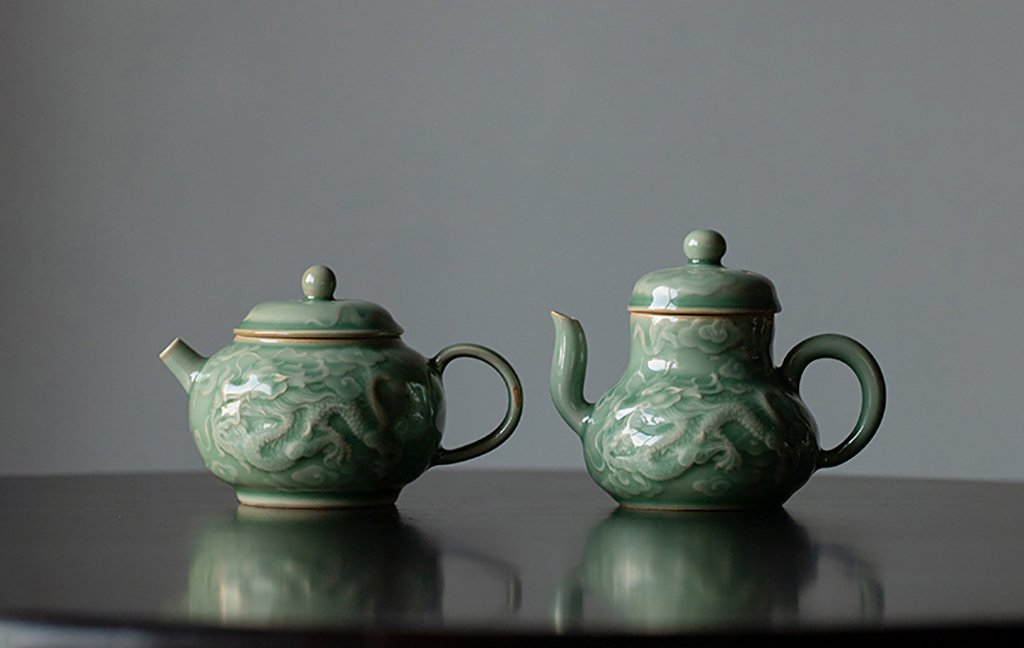 With a long and influential history, Yue kiln celadon is much appreciated and favoured, characterised by its thin bones, even glaze, greenish-blue glaze and crystal-clear lustre, like the tranquil water of a lake. This porcelain is known as the ''secret colour porcelain''. 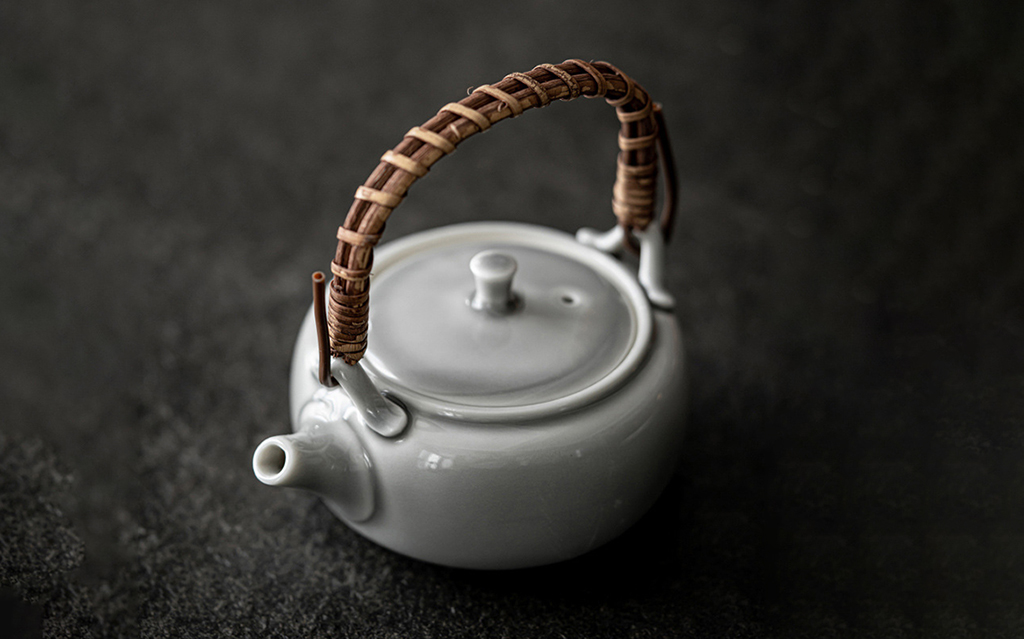 The smooth, translucent texture of the ice-gray glaze is meant to capture the essence of eastern Asia's aesthetic, while the grayish color gives the pottery a sense of purity and emptiness. A collection you'll love to have around and a gift for your loved ones.